I once read an article/editorial from Jeff Rivers, an expert in writing query letters in the late, great Dan Poynter’s newsletter. It was titled “What I Learned from Janet Evanovich: Write for your Audience.” It is hard to argue with experts like Jeff and Janet. But I do disagree-or at least mostly disagree.
Certainly, authors like Evanovich and James Patterson have done very well for themselves and for their readers by “Writing for Your Audience.” And maybe they followed their hearts and gathered their audience along the way. When that’s the case, it is a risk to take a path going in a different direction from the one an audience expects. John Grisham did that with A Painted House and his courtroom drama readers weren’t much taken with it.
I was, though. Very taken.
I became a stronger fan of his work. And it’s my theory that Painted House was the novel that had been lying inside his little writers’ soul all the time. That it brought him pleasure to write it. Maybe that it kept his writing passion alive. Maybe that brought more readers into his circle of avid fans.
So, maybe sticking to your audience’s tastes too long is also a risk. Or maybe starting out with a project designed only to please others and not your creative self would doom you to be a short-lived author. Maybe an author needs to occasionally open a new door and let the beam of passion light the work they are doing.
I do a bit of acting and learned from a dedicated actor who taught new actors that new actors give the director not what they think he or she wants, but to give of themselves—to give what they feel is best to give. But life has thrown me mixed messages. When I was a retailer, I certainly learned that one couldn’t “buy for oneself” when it came to selecting merchandise for my store. When I did, I very often brought whatever I brought home because my customers wouldn’t buy it.  See my books on retailing at http://howtodoitfrugally.com.
But back to writing!
That same balanced note is a good one for writers to follow, too. They must keep their audience in mind. As an example, they must trust their audience to be readers. They, after all, have been reading their whole lives. So we authors don’t want to insult them. And certainly, authors should do the research necessary to avoid writing the same book someone else has written.
Still, there is another side of the coin and here it is:
When you write for yourself, your audience will follow. Do not mistake this for advice that writers go off willy-nilly with no training in craft, no awareness of rules (which we may then choose to break). But we must love what we do to be successful. Find your voice and your passion. Keep at it. Keep learning more about both writing and the publishing industry as a whole.  Market your work.  Do all that and an audience will find you. Your audience will find you.
You can do that once and you can do it all over again if you don’t mind the risk. Risk of getting less income than you’re used to getting with whatever you wrote when you garnered that first audience. Risk of teeing off some of your original readers who came to you with preconceived expectations.
I’m an eternal optimist. I believe we can balance the two philosophies. But I also see some real danger for the author (or beginning writer who still feels uncomfortable calling herself an “author”) who denies his or her dream and considers only what she figures someone else wants of him or hear or—worse—what she has been told will “sell.”.
------ 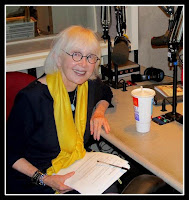 ~Carolyn Howard-Johnson is an award-winning novelist, poet, and writer of short stories. A many-genered author, if you will. She is also the author of the multi award-winning series of HowToDoItFrugally series of book for writers including The Frugal Editor (http://bit.ly/FrugaEditor),, How to Get Great Book Reviews Frugally and Ethically: The ins and outs of using free reviews to build and sustain a writing career (http://bit.ly/GreakBkReviews)  and the much applauded The Frugal Book Promoter (http://bit.ly/FrugalBookPromo). The first two are in their second editions and the third was published in 2016. Learn more about all of her work at http://howtodoitfrugally.com. and come tweet with her @frugalbookpormo.

Chances are You Will Want to Come to New York City

In 1958 Her streets were paved in yellow brick leading to Fifth Avenue and 42 nd  Street. You might have seen a zealous couple dance-walkin...

pcrandall123
I have several books in print, Pat's Collectibles, short stories - The Crazy Jug, The Pink Victorian Lady, Frogs, Gnomes, Hikers and Bottle Miners, The Conjurer, and The Rescue, Gert Carver and Nina Westacott meet an eclectic variety of characters as they trade-off collectibles and old bottles at flea markets and solve gentle mysteries involving neighbors, relatives, past students, farmers and hicks in and around the upstate New York community of Indian Falls; The Dog Men, a tale of animal abuse and rescue; Melrose, Then and Now, a local history; a book of poetry, entitled, I Passed This Way, and Tales of an Upstate New York Bottle Miner - seeking adventure in abandoned dump sites. I am working on a book titled One Hundred Plus - interviews with amazing one hundred year olds; a mystery/thriller titled The Red Gondola, incorporating an interesting character from The Dog Men, and other works in progress. I live with my husband, Art, at Babcock Lake in the Grafton Mountains near Petersburgh, New York.

Using Pen Names: 7 Savvy Reasons Why a Pseudonym Can Be an Author's Best Friend
Writer's Block? No Such Thing
15 Slump Busters
Let the Dialogue Speak
Thoughts on Book Signings Yes? No?

Character Arc
First Time Writer
9 Tips For Beginners
Creating Your Story Line
The Effect of Titles
The Letter S
Your Characters Speak Your Language
Book Sales Getting Musty?
Achievements with Essays and Flash Fiction
Your Writing Career: Up Your Credibility and Exposure by Writing Professional Reviews
Where Do You Find Ideas?
Unseen Background Details
The Future of Social Media That You Must Know
Building a Story

Movies Comparable to Their Books